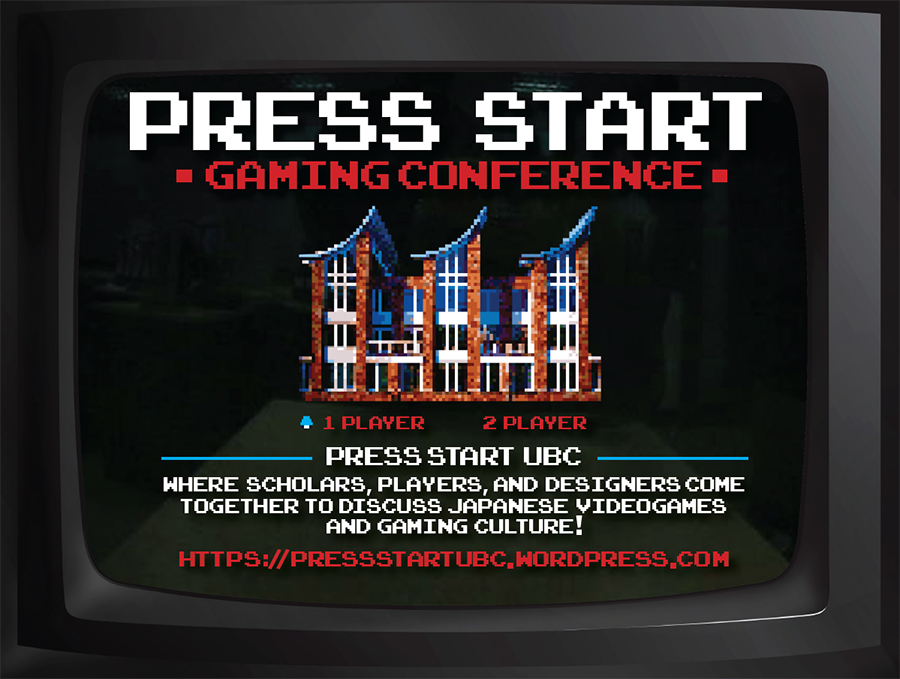 Over the course of 2007, CJR along with its sister-centres in the Institute of Asian Research is planning to hold a series of events to commemorate its 15th anniversary, to celebrate accomplishments over the past 15 years, and to look toward the future in mapping out the trajectory of research on Japan at UBC.
Read More >> 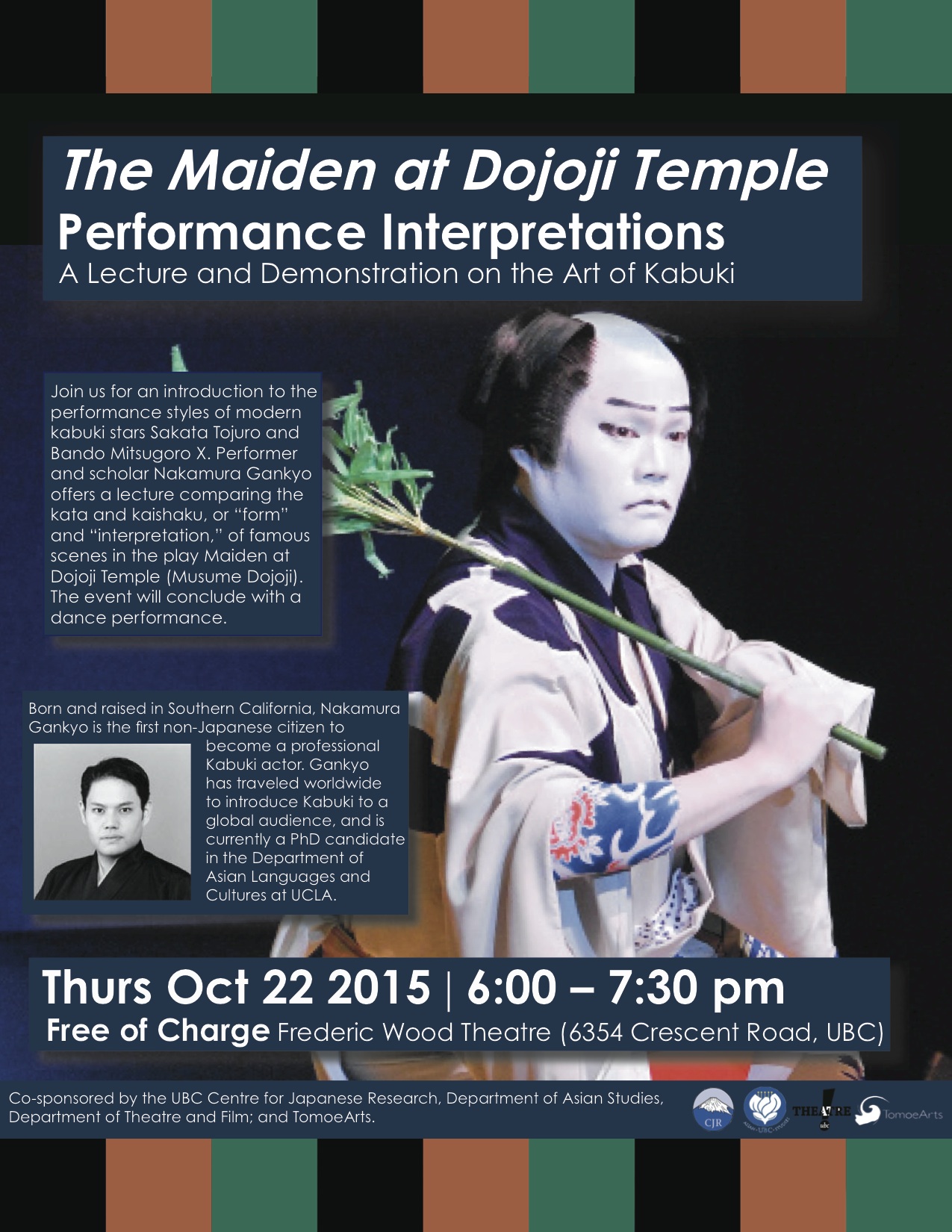 Conference: Japanese and Canadian Research into Immigration and Foreign Workers

Other Events and Screenings

A list of invited speakers and topics.
Read More >>

The annual conference of the Japanese Studies Association of Canada (JSAC) is the only national level meeting bringing together a wide range of scholars from Canada and other countries, such as Japan and the United States. The meeting provides a valuable and unique scholarly gathering of Japanese studies in Canada.
Read More >>

The UBC Centre for Japanese Research (CJR) Lunchtime Lecture Series presents a lineup of stimulating talks from scholars and graduate students on a wide variety of Japan-related research topics. All talks are free and open to the UBC community.
Read More >> 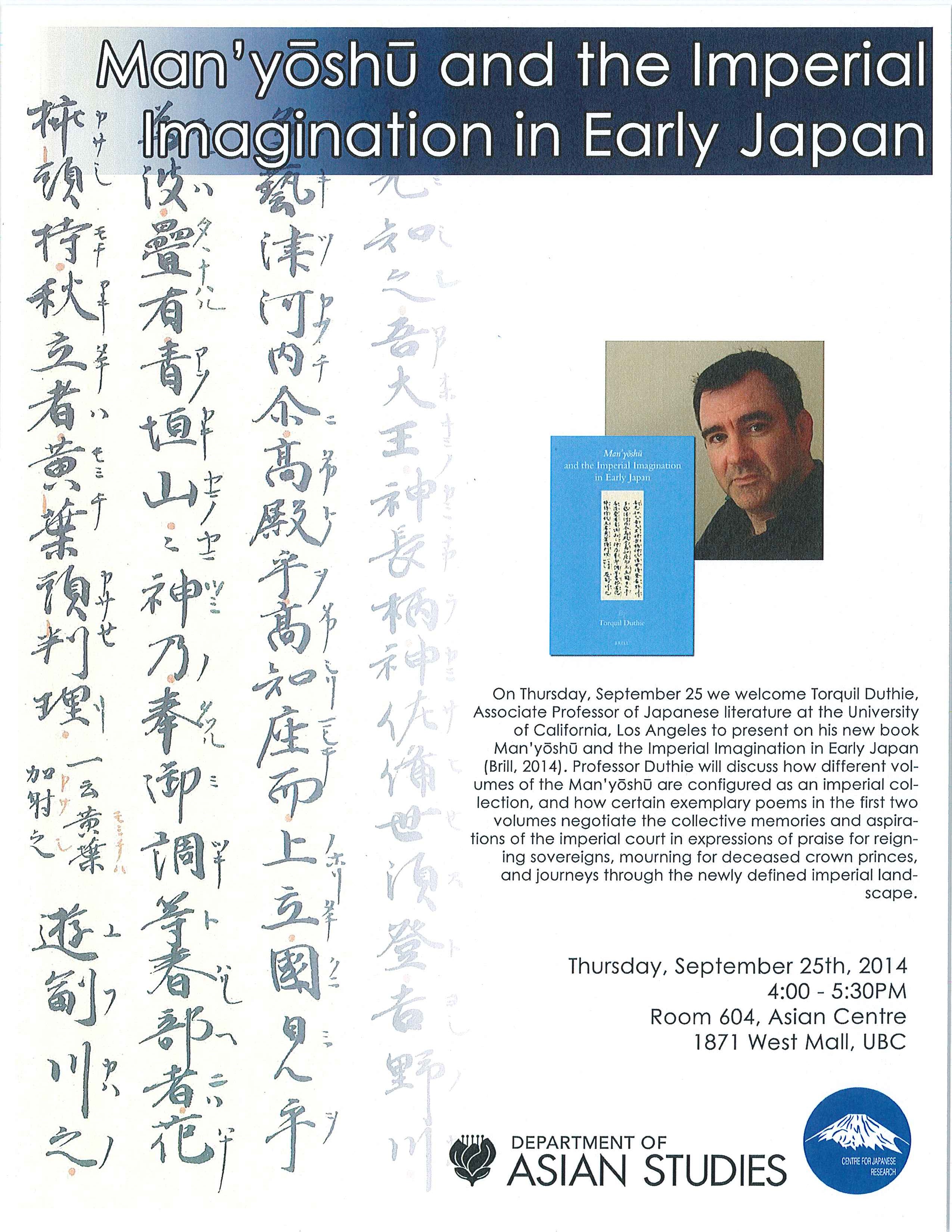 Book Launch: Man’yōshū and the Imperial Imagination in Early Japan

On Thursday, September 25 we welcome Torquil Duthie, Associate Professor of Japanese literature at the University of California, Los Angeles to present on his new book Man’yōshū and the Imperial Imagination in Early Japan (Brill, 2014).
Read More >>