Housing and Politics in Japan

The government survey which conducted in 2013 estimated there existed more than eight millions empty houses in Japan, and the result gave a massive shock to the Japanese society. Though both national and local governments have addressed the problems caused by the increase of empty houses, such countermeasures do not effectively decrease the number of empty houses. The reason is that more than one million of newly-built houses are still provided every year while the empty houses got recognized as a social problem.

As the population of Japan is decreasing year by year since the latter half of the 2000s, it is evident that such provisions of newly-built houses are not sustainable in the future. Nonetheless, Japanese society allows the increase of newly-built housings, and it cannot be explained merely by such a tendency that Japanese people like new things. This talk will describe that potential home buyers and providers behave rationally even though the provision of newly-built housings are irrational from the macro-level perspective. Based on the rational behaviors, historically developed institutions around housing are substantial and well balanced (but seemingly unsustainable). 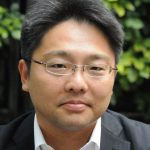 Yosuke Sunahara is professor of public administration at Kobe University. He received his PhD from the University of Tokyo in 2009. His research concerns party politics, central-local government relations with a focus on Japan. He has published several books and articles mainly on Japanese party politics at local level. In 2018, he was awarded the Osaragi Jiro Prize for Commentary, Japan’s equivalent of the Pulitzer Prize, for the book (Bunretsu to Togo no Nihon Seiji: Tochi Kiko Kaikaku to Seito Shisutemu no Hen’yo [Party System Institutionalization in Japan: Between Fragmentation and Integration] Tokyo: Chikurasyobo) underlying this talk. His current research interests include social policy especially housing policy in Japan.