Over the course of 2007, CJR along with its sister-centres in the Institute of Asian Research is planning to hold a series of events to commemorate its 15th anniversary, to celebrate accomplishments over the past 15 years (see below for milestones of CJR’s 15-year history), and to look toward the future in mapping out the trajectory of research on Japan at UBC.

The first event was a two-day workshop on “Japanese Approaches to Local Development, Clusters, Industry-University Linkages and Implications for British Columbia” (co-sponsored by the Asia-Pacific Foundation of Canada) held at UBC Robson Square on March 8-9.

The second event will bring Professor Keiko Takemiya – an internationally famous manga artist and scholar – to the UBC campus for Manga Culture in Contemporary Japan: Takemiya Keiko Festival on September 20-21. The programme for Prof. Takemiya’s visit is as follows:

For the third anniversary event, CJR will be hosting a panel discussion on the “Japan Market Advisory Group Report”.

November 30 (Friday), 3-5pm (PDF Poster)
“The Japan Market Advisory Group Report – Implications and What to do Next”
Panelists: 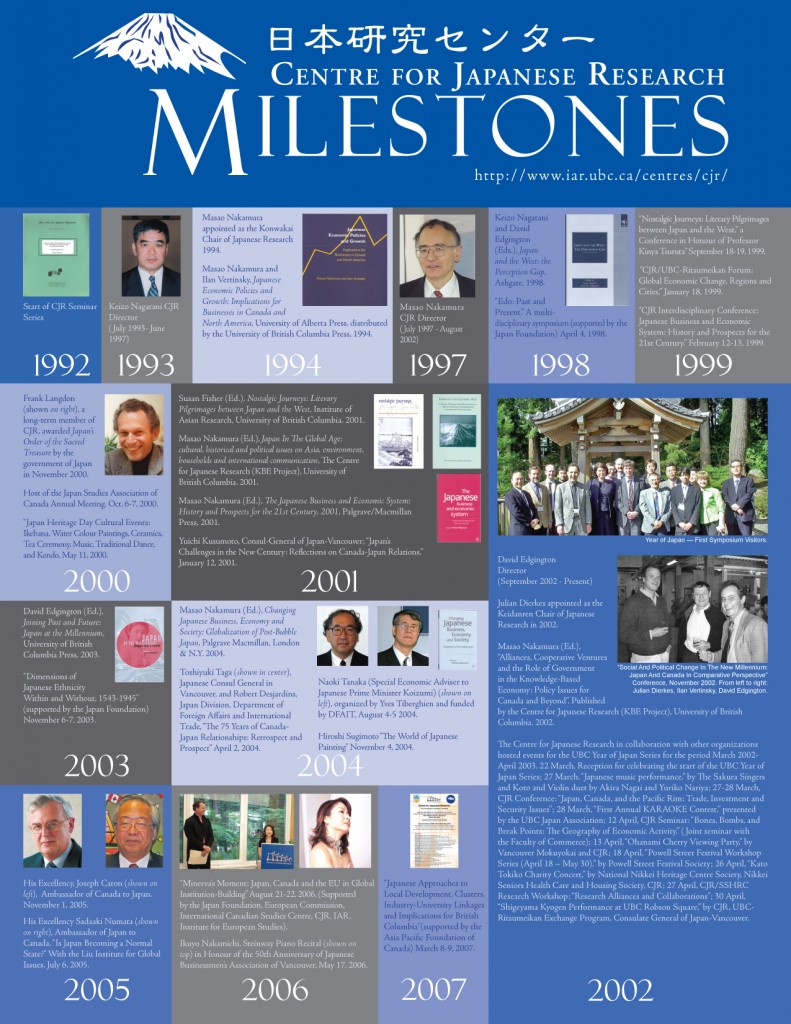