CONVERGENCE OR DIVERGENCE?: DECODING THE INDO-PACIFIC STRATEGIES OF CANADA, JAPAN, THE USA, AND EUROPE 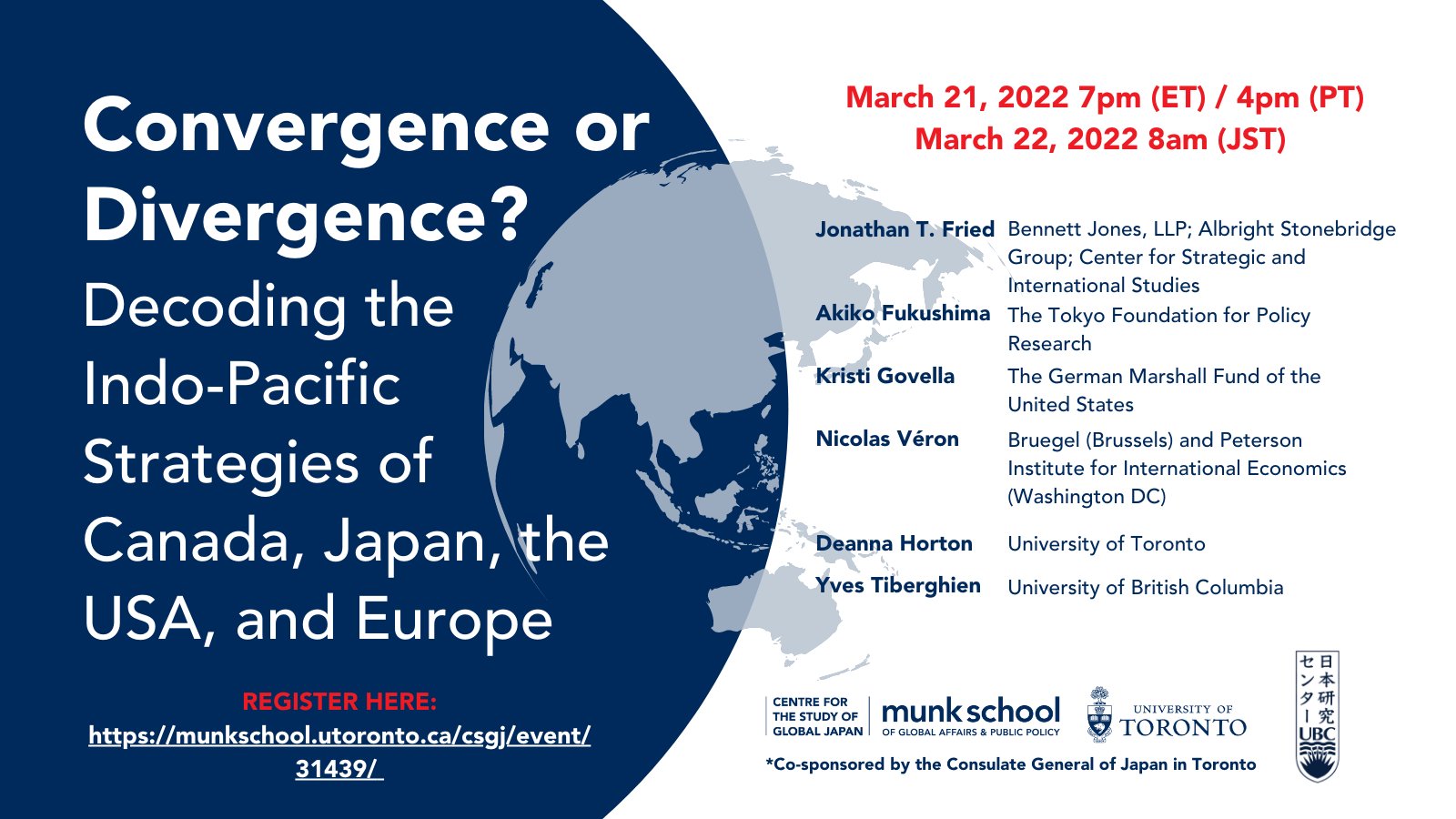 This was a joint event between the CJR and the Centre for the Study of Global Japan at the Munk School of the University of Toronto, held on March 21, 2022. The CJR’s director and Konwakai Chair, Dr. Yves Tiberghien, joins the panel.

The Indo-Pacific is a critical region, containing over half the world’s population, almost two-thirds of global GDP, and seven of the world’s largest military forces. In recent years, major actors have formulated Indo-Pacific strategies to serve as guiding principles for their regional engagement. From an early stage, Japan has articulated a vision for a “Free and Open Indo-Pacific,” emphasizing principles such as the rule of law, quality infrastructure investment, and maritime stability. In September 2021, the European Union adopted a strategy for cooperation in the Indo-Pacific, emphasizing stepped up engagement in priority areas such as sustainable and inclusive prosperity and a green transition. In the United States, the Biden administration released its Indo-Pacific Strategy in February 2022, emphasizing both the importance of the region and mounting challenges, particularly China’s pursuit of a “sphere of influence” as it seeks “to become the world’s most influential power.” Canada is also actively developing an Indo-Pacific strategy to diversify trade and investment, strengthen security cooperation, and boost international assistance.