Join us for a special evening of Indigenous music featuring Ainu singers Mayunkiki and Tomoe Yahata from Hokkaidō, and Haida singer Terri-Lynn Williams-Davidson with Bill Henderson, Claire Lawrence, Jodi Proznick, Saffron Henderson and Camille Henderson from British Columbia. The Ainu peoples are Indigenous to the Hokkaidō island of Japan and the Sakhalin and Kuril Islands of Russia and singing is a main feature of Ainu music.

($10 after 5pm on Thursdays; free to Indigenous peoples, UBC students and staff) 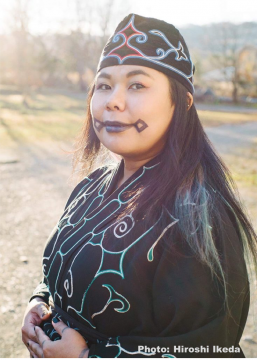 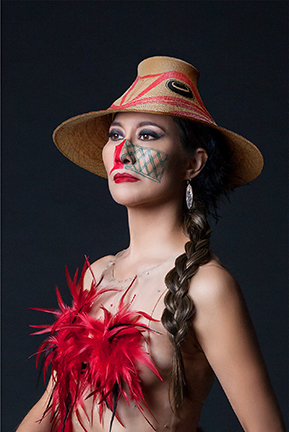 Mayunkiki Born in Asahikawa, Hokkaidō, Mayunkiki is a member of Marewrew, a female Ainu quartet singing traditional Ainu songs since 2008. She is also an instructor of the Ainu language.

Tomoe Yahata Born in Shiraoi, Hokkaidō, Tomoe is a curator at the National Ainu Museum (to open in 2020) as well as a singer and dancer, who is committed to introducing Ainu cultures.

Terri-Lynn Williams-Davidson Born and raised in Haida Gwaii, BC, Terri-Lynn has dedicated herself to the continuation of Haida culture. She is a Haida musician, artist, and lawyer, well known for her work in aboriginal-environmental law and as a recognized keeper of traditions.

HOKKAIDŌ 150 IS MADE POSSIBLE THROUGH THE GENEROUS FINANCIAL SUPPORT OF THE CONSULATE-GENERAL OF JAPAN IN VANCOUVER AND THE JAPAN FOUNDATION, TORONTO; THE CENTRE FOR JAPANESE RESEARCH, THE DEPARTMENT OF HISTORY, THE FACULTY OF ARTS, THE DEPARTMENT OF ASIAN STUDIES AND THE MUSEUM OF ANTHROPOLOGY AT THE UNIVERSITY OF BRITISH COLUMBIA; AND THE DAVID LAM CENTRE FOR INTERNATIONAL COMMUNICATION AT SIMON FRASER UNIVERSITY.