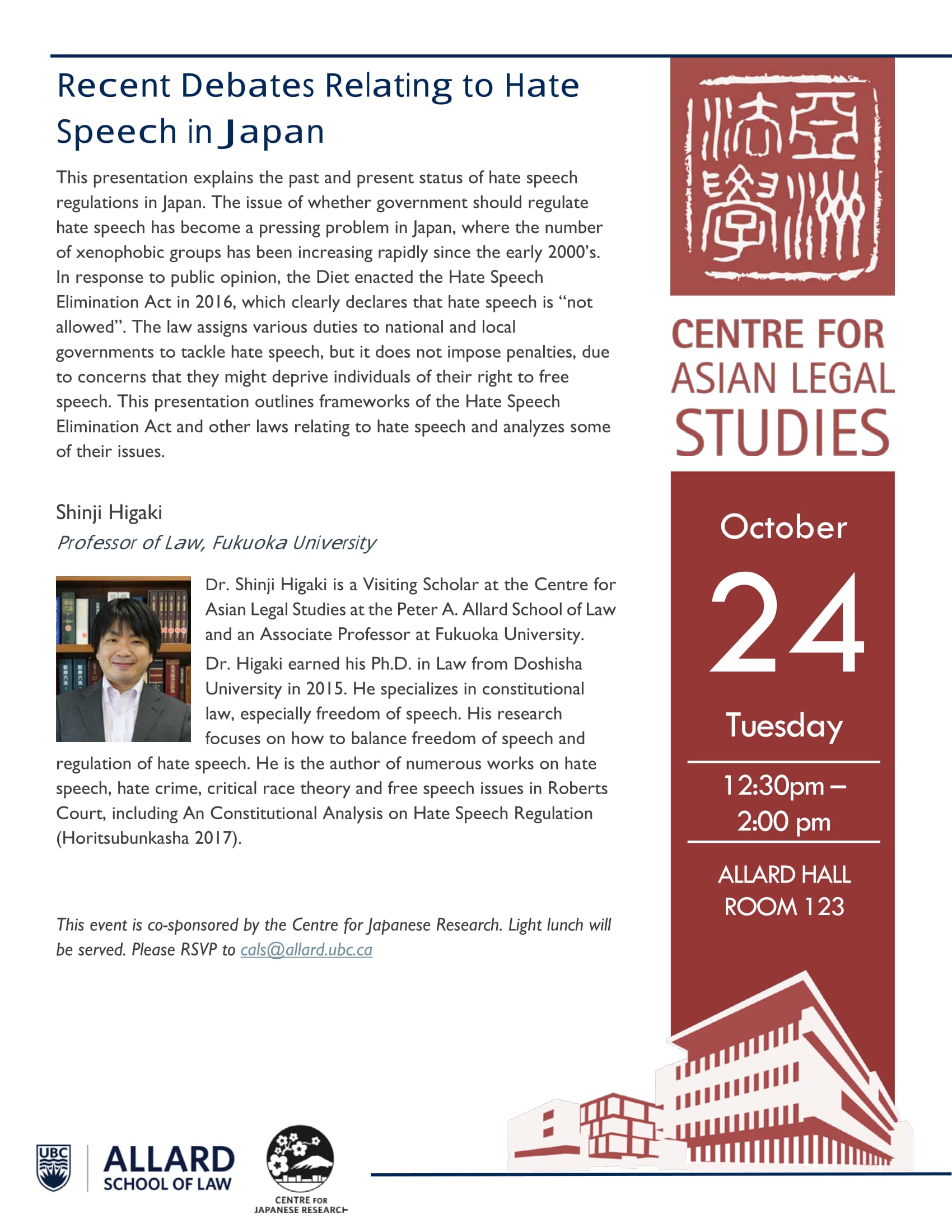 This presentation explains the past and present status of hate speech regulations in Japan. The issue of whether government should regulate hate speech has become a pressing problem in Japan, where the number of xenophobic groups has been increasing rapidly since the early 2000’s. In response to public opinion, the Diet enacted the Hate Speech Elimination Act in 2016, which clearly declares that hate speech is “not allowed”. The law assigns various duties to national and local governments to tackle hate speech, but it does not impose penalties, due to concerns that they might deprive individuals of their right to free speech. This presentation outlines frameworks of the Hate Speech Elimination Act and other laws relating to hate speech and analyzes some of their issues. Shinji Higaki Professor of Law, Fukuoka University

Dr. Shinji Higaki is a Visiting Scholar at the Centre for Asian Legal Studies at the Peter A. Allard School of Law and an Associate Professor at Fukuoka University. Dr. Higaki earned his Ph.D. in Law from Doshisha University in 2015. He specializes in constitutional law, especially freedom of speech. His research focuses on how to balance freedom of speech and regulation of hate speech. He is the author of numerous works on hate speech, hate crime, critical race theory and free speech issues in Roberts Court, including An Constitutional Analysis on Hate Speech Regulation (Horitsubunkasha 2017).

This event is co-sponsored by the Centre for Japanese Research. Light lunch will
be served. Please RSVP to cals@allard.ubc.ca