[Nov/30] Taking Synchrony Seriously: The Crises of 1866 in Japanese and Global History 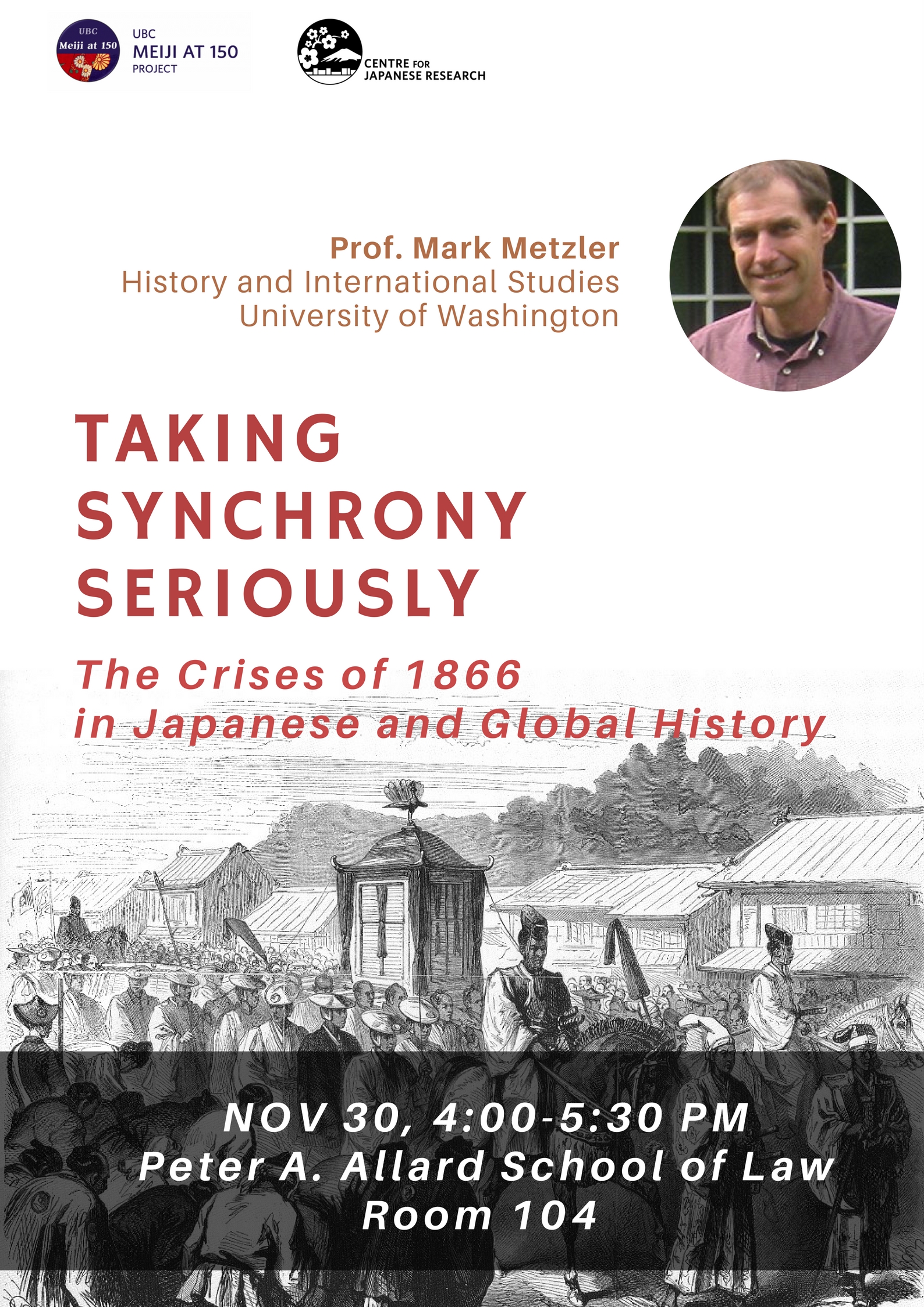 This talk starts from the premise that we should take synchrony seriously—that co-movements in places and social domains we have assumed to be separate may offer clues to unexpected unities. The global contexts of Japan’s Meiji revolution invite this type of approach.

To grasp the co-development of global and domestic histories, this talk investigates three themes. The first is Japan’s inflationary price revolution of the 1860s, which reached an extreme in 1866. The second is the global commodities boom of the 1860s, and its sudden collapse in the “panic of 1866.” The third theme concerns climate history, harvest crises, and popular uprisings, as 1866 was also a year of famines and mass revolts. In fields of activity ranging from international finance to everyday food provision, 1866–67 was a watershed; it is both a Japanese and an international story.

Mark Metzler is Professor of History and International Studies at the University of Washington, where he has worked for the past two months. Before that, he spent twelve years teaching history at the University of Texas at Austin. He has also conducted research at Osaka City University, the University of Tokyo, and Kyoto University. His books include Lever of Empire (2006), which examines the origins of the Great Depression of the 1930s in Japan and internationally, and Capital as Will and Imagination (2013), which examines the origins of Japan’s great postwar boom. His most recent book, co-authored with Simon Bytheway, is Central Banks and Gold: How Tokyo, London, and New York Shaped the Modern World (2016), and he is now completing a global history of the “Great Depression” of the late nineteenth century. Email: mmetzler@uw.edu