Join us for a rare and exciting opportunity to hear a panel of emerging leaders from Japan led by the Deputy Cabinet Secretary Tomoaki Ishigaki. The panel of specialists who work in diverse fields will discuss various topics, including Japanese sense of humor and beauty through Kyogen, Japanese businesses, astronomy and Japan, and Japanese food education. 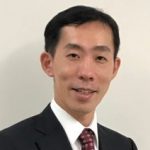 Tomoaki Ishigaki, Deputy Cabinet Secretary for Public Affairs and Director of Global Communications of the Prime Minister’s Office, has served for over 20 years in the Japanese Ministry of Foreign Affairs. He has undertaken various responsibilities in international trade, legal affairs, U.S.-Japan security policy, Japan’s security and disarmament policy at the United Nations and climate change negotiations. He also worked as Counsellor of the Cabinet Legislation Bureau (2010-2013) and Executive Assistant to Prime Minister Abe’s Economic and Fiscal Policy Advisor (2006-2007). He currently oversees international media relations and public outreach programs at the Prime Minister’s Office and also manages its social media platforms. He is a graduate of Amherst College and studied law at the University of Tokyo before joining the Ministry of Foreign Affairs. 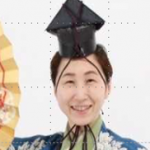 Tokuro Miyake the 10th is the second daughter of the 19th head master of one of two traditional families of the Izumi school of Kyogen performers, and is only the second woman to perform Kyogen professionally in Japan. She was born in 1972 and first appeared on stage at the age of three. In 1989, she inherited her grandfather’s stage name, Tokuro Miyake, and received a letter of appreciation from the Minister of Education, Culture, Sports, and Technology. She has performed Kyogen in the U.S. and ten other countries.
Ms. Miyake would like to talk about the Japanese sense of humor and beauty through Kyogen. 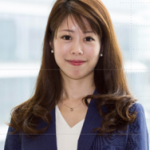 Yuko Chujo currently lives in Tokyo and works as a banker at an American financial institution. She started her career at a Japanese government-owned bank, where she was engaged in the bank’s fundraising activities as well as the provision of loans to support Japanese companies’ overseas ventures.
Ms. Chujo would like to talk about the hidden strength of Japanese companies based on her experiences working at both Japanese and U.S. companies. 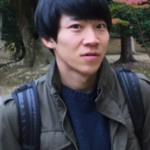 Yoshiki Hatta is a PhD student specializing in asteroseismology, a branch of stellar physics, at the National Astronomical Observatory of Japan. He is interested in how stellar internal structures can be mathematically related to their oscillations, and aims to become an asteroseismologist in the near future. Prior to the PhD program, he was an active college football player. The sport taught him the importance of working together as a team, and he believes that this experience will be very helpful in his future career.
Mr. Hatta would like to talk about the strength and significance of Japan’s expertise and the possibility of Japan-U.S. cooperation in the field of astronomy. 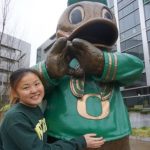 Aya Sakai is a student at the Department of Child Education at Japan Women’s University. She has experience studying abroad for a month in Australia and for seven months in the U.S. During her time in the U.S., she volunteered at a public elementary school in addition to her university studies. She also plays the saxophone and is a member of a local symphonic wind orchestra club.
Ms. Sakai would like to talk about  how Japanese food education  and the school lunch system contribute to children’s’ health and longevity of the people of Japan.