Hayao Miyazaki and Adaptation: Themes of War and Aging in “Howl’s Moving Castle”

Japanese anime and manga have become gateways for foreign students learning Japanese. Currently, the study of Japanese animated film director Hayao Miyazaki’s works are becoming popular content in Japan and overseas. While the focus on his films serves as an interesting vehicle for learning, unfortunately the significant meaning of his works are not getting the attention they deserve. Then, from what perspective can Hayao Miyazaki’s animation be evaluated? In this lecture, I will discuss Miyazaki’s evaluation axis as free adaptation, and examine “Howl’s Moving Castle” as an example, focusing on the representation of aging and war. Firstly, I consider the relationship between the theory of adaptation and Miyazaki’s works, illustrating his adaptation process. Secondly, I will compare the original novel by Diana Wynne Jones and the film by Miyazaki, demonstrating that Miyazaki’s films freely dramatize the original. In the end, Miyazaki’s adaptation can be evaluated as a critical analysis on modern society as well as reveal the scars of his war experience. 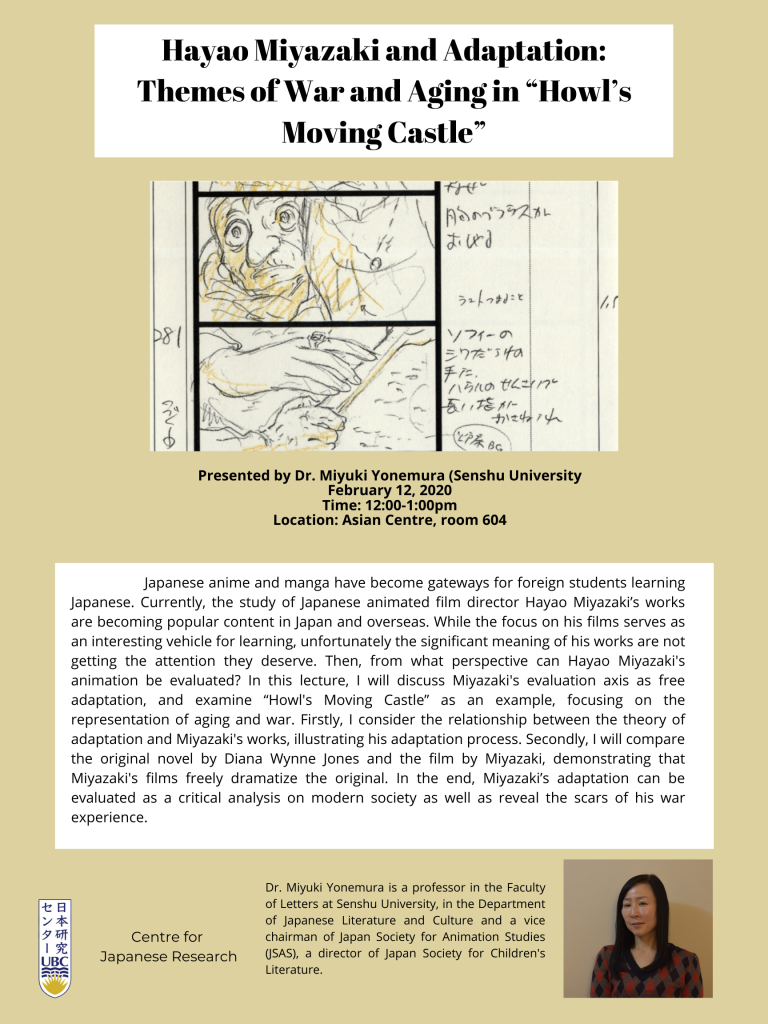