Ainu, Okinawa and Indigeneity: An Introduction to Upopoy

Part of the Ainu, Okinawa and Indigeneity Series. 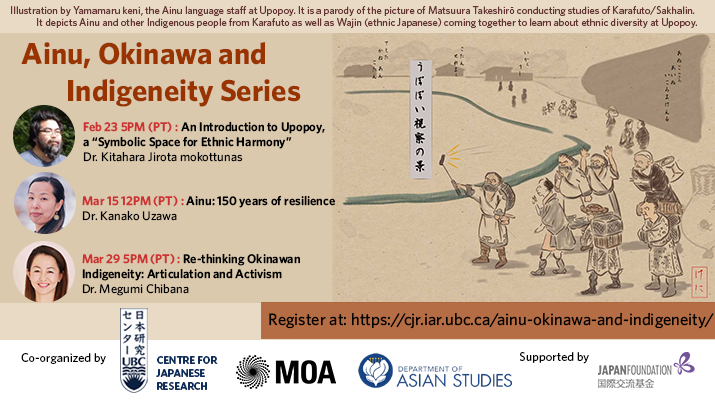 As the former curator at the Ainu Museum and a specialist of Ainu culture, Prof. Kitahara was involved with the preparations to establish Upopoy. In this presentation, he will introduce the characteristics of the exhibitions and programs, as well as the use of Ainu language at the centre. He will also share some of the issues they have faced, such as how we interpret “ethnic harmony,” whether all staff members share the centre’s vision, and the concrete plans to promote Ainu cultures along with the challenges of securing time, budget, and human resources. 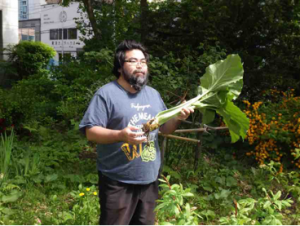 Kitahara Jirota mokottunas is Associate Professor at the Center for Ainu and Indigenous Studies, Hokkaido University. Born in Tokyo in 1976, he obtained a PhD from Chiba University. Dr. Kitahara grew up in the Ainu cultural environment. With an Ainu grandmother from Sakhalin, his parents were involved with establishing the Kanto Utari Association, an Ainu group in the Greater Tokyo area, dedicated to promoting Ainu cultures and civil rights movements. At the age of thirteen, he became interested in learning Sakhalin Ainu language and culture thanks to the influence of his grandmother Oda toonintemah, based in Hokkaidō. He specializes in Inau, an Ainu ritual wood shaving stick and its shapes and regional characteristics and similarities with surrounding cultures. His publications include Ainu no saigu Inau no kenkyū (Ainu Ritual Tools: A Study of Inau) by Hokkaido University Press (2014).

Available after the event